I know nothing of Game of Thrones, other than it’s in its 7th series and a global phenomena. I do know some parts were filmed in Morocco and I was off to visit one location. Azgard is home to the Queen of meereen, mother of dragons, khaleesi of the great grass sea, queen of the andals, the rhoynar and the first men, lady regnant of the seven kingdoms, breaker of chains etc, etc, it’s also known as  Essaouira, probably the best place I’ve been to on a whim. Again it’s a coastal fishing port but more than that it is simply a wondrous town in classic castle fortifications. With a myriad of tunnels, walkways and ramparts. It is undergoing major reconstruction to it’s original state, no doubt a knock on effect of its popularity since G.O.T filming ended and being a UNESCO world heritage site. In fairness they have not gone all out touristy and filled the many tiny stores with tat, but instead they embrace local arts and crafts, or posh tat! I walked the fishing port as they finished trading for the day. I hate the smell of fish but the cackle of traders and tradesmen alike is intoxicating. Fishing boats being repaired amongst the fish they regularly catch. I loved it. I stayed a few hours soaking it all up and wishing I was here in a year or so when the construction machinery had all gone and the place was once again the genuine Essaouira . 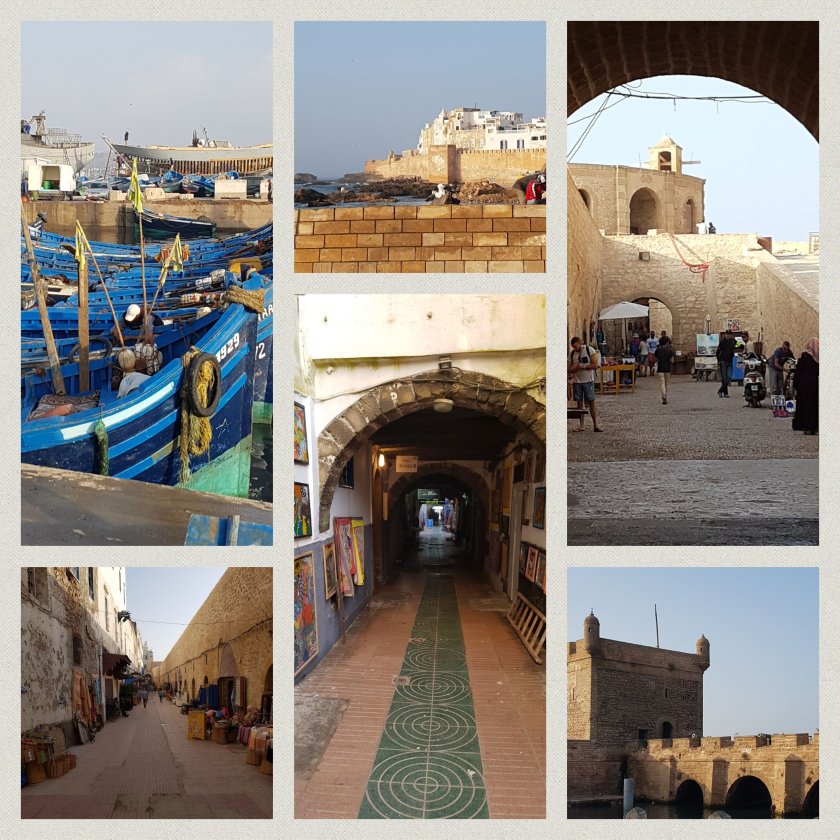 I’d seen no campsites so I opted for a little hotel on the outskirts. I wish I’d stayed in Essaouira as I had been offered a room in the labyrinths  of tunnels and passageways.I knew the next day would be a long haul. I was off to Casablanca against all advice not too.

A new adventure biker just starting out on my blogging adventures. View all posts by benjackson63